First revealed way back at Sony’s E3 2016 press conference, Death Stranding has been a bit of a mystery since day one. The newest game from creator Hideo Kojima, best known for his work on the Metal Gear series of games, is due to release in just a few short months, and it’s still largely a mystery what the game will actually be. There are inter-dimensional babies in artificial wombs, and they help you see invisible monsters, and Norman Reedus wears huge science backpacks while walking around hills with an extendable ladder making friends with Geoff Keighley and rocking a baby to sleep. You can use pee as a weapon, and it also has something to do with World War 2 maybe. There was a 45 minute video of the game shown off today, and people still don’t quite know what the game actually is.

With Death Stranding only a few months away from release, surprisingly few press have had a chance to experience for themselves what the game actually feels like to play. Sure, we’ve seen video, but what do the actual gameplay mechanics feel like in your real world gamer hands?

You can drink Monster Energy in #DeathStranding to restore your stamina, just like in real life pic.twitter.com/xJcQhlLBbB

If you watched today’s very lengthy gameplay clip from death Stranding, you may have noticed that the game contains a slightly tacky brand deal, where you can find cans of Monster TM Brand Energy Drink in game, which when consumed will regenerate your stamina. It may be a blatant move to get some advertising money to recoup development costs, but it’s also one of the few parts of Death Stranding’s gameplay which is available to beta test for press right now.

Yes, I went hands on with Death Stranding’s core mechanic, drinking a can of Monster TM Brand Energy Drink. 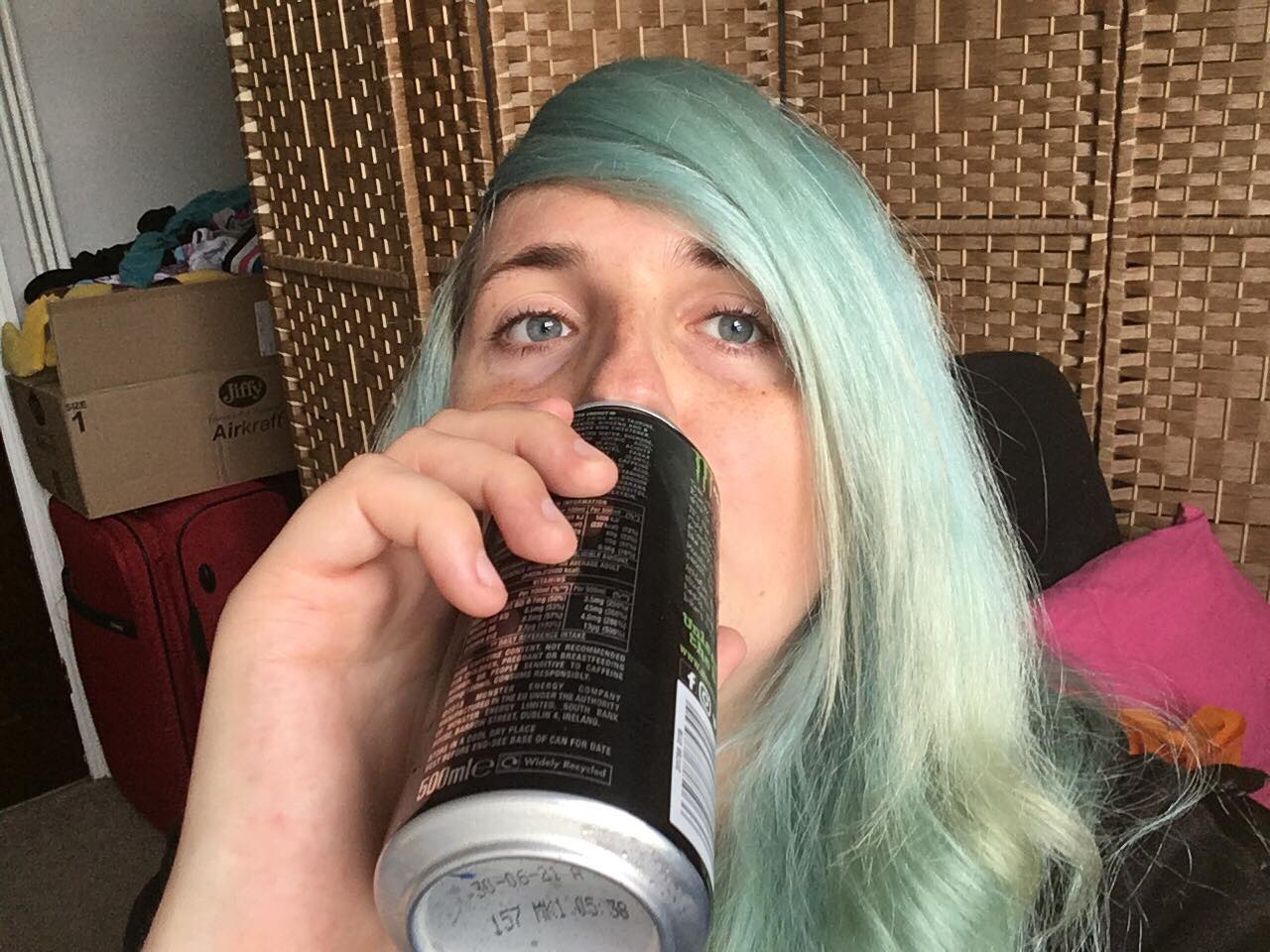 In order to accurately experience Death Stranding, we went out of our way to ensure authenticity. We made sure to drink the standard flavour Monster, and just for good measure we picked up five cans just to make sure we got the same energy restoring experience as Norman Reedus. Cans were downed in back to back succession, because when you’ve got a baby to carry up a mountain alongside your science gear, you’re going to need every bit of temporary fleeting heart racing energy you can get.

Before we get into drinking the five cans of Monster, it’s important to note that they actually weigh a decent amount, weighing down your bag considerably. I didn’t have a baby pod on my stomach or a ladder on my back when walking these cans of monster home from the shops, and they already felt like they were weighing me down. While they may restore stamina when consumed in Death Stranding, they also add to the already large amount you’re carrying. It’s tactically wiser to just drink all the cans of in game Monster as soon as you find them, rather than carrying them around until a tactical moment. I practiced this by purchasing the cans and literally sitting on the steps outside the shop to chug them.

I carried one back to my office to drink under my regular gaming conditions, but it really wasn’t a noticeably better experience than just chugging on the side of the road. Not worth having to lug a heavy can around

Death Stranding Pro Tip One: Drink your Monster all at once, do not save it up in your inventory for later use.

After chugging five cans of Monster, I did notice an increased stamina, but it actually seemed to be detrimental in practice. I seemingly overclocked on stamina, exceeding the upper limits of my stamina bar and gaining temporary extra stamina that had to be used instantly. Make sure you have a plan of what to do in game for the next few hours, because you will have a lot of energy, and you won’t really be in the mood to quietly able or stealth sneak around the countryside. Wait until you have an action heavy segment of the game to chug all your gamer juice.

Death Stranding Pro Tip 2: If you chug all the in game Monster, have a plan for what to do with all that bonus stamina. Probably not sneaking around.

Lastly, the stamina gain from Death Stranding’s Monster is only temporary, and actually had a negative impact on your stats when it wears off. It’s not giving you previously non-existant stamina out of thin air, it’s causing you to borrow stamina from your own future. When the Monster wears off, you will crash, hard. You’ll feel tired, sluggish, and almost impulsively reach for some more to get you moving again.

Death Stranding Pro Tip 3: Be aware you’ll have negative stamina after the Monster wears off. 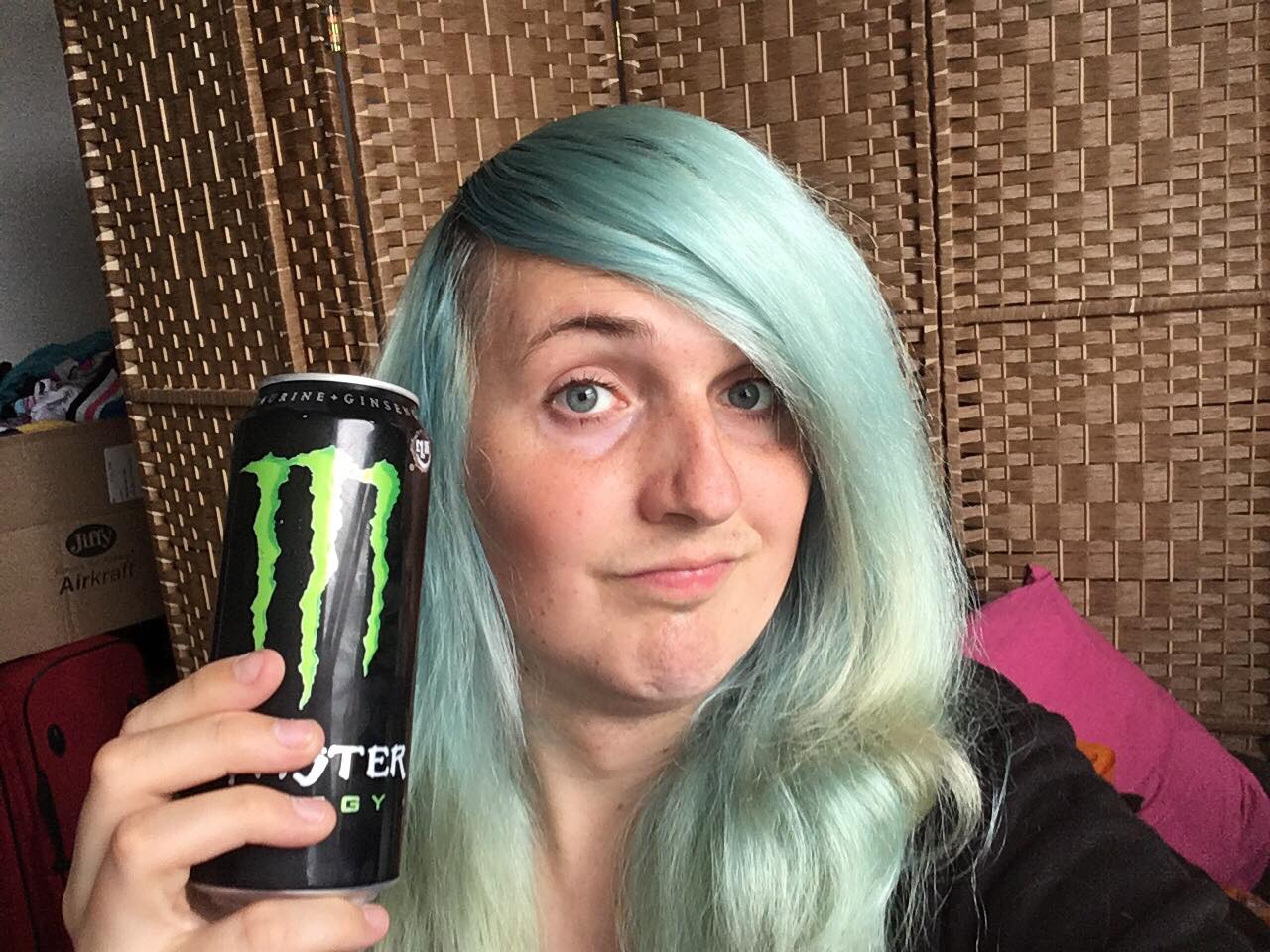 After my afternoon playing with Death Stranding’s Monster mechanic, I must say that the game is a little overly sweet like melted down Haribo, made up of pricey consumables, but also more portable of an experience than I had expected. Obviously, Kojima says there’s more to the game than just drinking cans of Monster and pissing them out at enemies as a weapon, but for a first hands on Death Stranding gave me enough of a taste to wet my appetite.