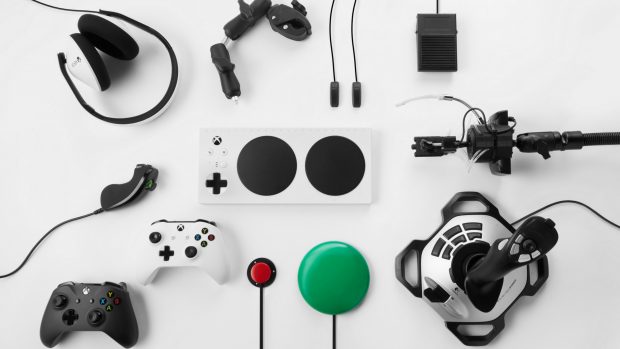 When it comes to discussing the state of next generation games consoles, right now we have very little to go on other than a series of tech buzzwords. We know officially that both Sony and Microsoft have new hardware releasing late in 2020, with both machines pushing for improvements on loading speeds and game performance.

Both the next Xbox and PlayStation are still largely discussion points rather than physical machines consumers can try out, but both have already promised solid state hard drives, drastically faster loading, 8k resolution support, backwards comparability with earlier systems, some degree of peripheral support, ray tracing technology, and basically the kind of specs list that makes my purse preemptively weep.

While both upcoming consoles are a long way from launch, and making any firm comments about which will be better at this stage is meaningless, we do know one really interesting thing about the next generation Xbox console, and it might be the most exciting thing I have personally heard going into a new hardware generation.

The next generation Xbox console will support all Xbox One peripherals, and that means out of the box it should support the Xbox Adaptive Controller. 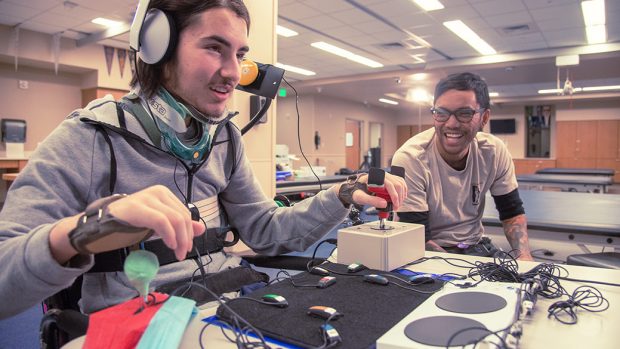 For anyone unaware of the Xbox Adaptive Controller, the device is a large flat rectangular adapter which connects via USB to your PC or Xbox One. The adapter features two very large face buttons, a D-Pad, and numerous sockets to connect a variety of USB and 3.5MM digital inputs. The idea is simple, the Xbox One allows on a system level for remappable inputs, so by giving disabled players a device which supports a mix of proprietary and existing third party input types, those players can customise their controller setup to better suit their needs.

While charities like Special Effect have spent years creating custom controller setups for gamers with disabilities, the Xbox Adaptive controller is an off the shelf solution that, while still a bit pricey, is far cheaper and more easily accessible than most alternatives on the market. From connecting foot pedals to use as face buttons, to attaching Nunchuck style controllers so your hands can rest in more comfortably separated positions, the Xbox Adaptive Controller has largely been really well received. When i interviewed a series of gamers who’ve used the device last year for Kotaku UK, the praise was strong for the peripheral.

This is why I was so excited when, speaking to Windows Central, we saw confirmation from Partner Director of Program Management at Xbox, Jason Ronald, that peripherals created for the Xbox One would work with the next generation Xbox too.

All your accessories are compatible moving forward as well. If you go and buy an Elite Wireless Controller or Series Two Controller that will be forward compatible on the Scarlett.

This means, as far as I can tell, the Next Generation Xbox console will be the first console ever to launch out of the box on day one with support for a mass produced, affordable, easily customised solution for disabled gamers.

The idea that, for perhaps the first time ever, gamers with disabilities who need specialised setups could just buy a brand new console on its launch day, get playing the way they need on day one, and not have to wait around for a solution to their needs before buying in, is honestly really exciting to see. A whole host of people who might in previous console generations have had to wait around for a solution to their setup needs, being able to be excited early adopters of the tech, just makes me really happy.

As I said before, we still know very little about what the next PlayStation and Xbox will actually cost, do, or be like when they release, but the next Xbox supporting controllers designed for disabled gamers on day one certainly gives it a leg up that I wish more hardware manufacturers would learn from.

[if you enjoy my work, please consider throwing me a small recurring donation over at Patreon.com/LauraKBuzz to ensure I continue creating the content you enjoy].