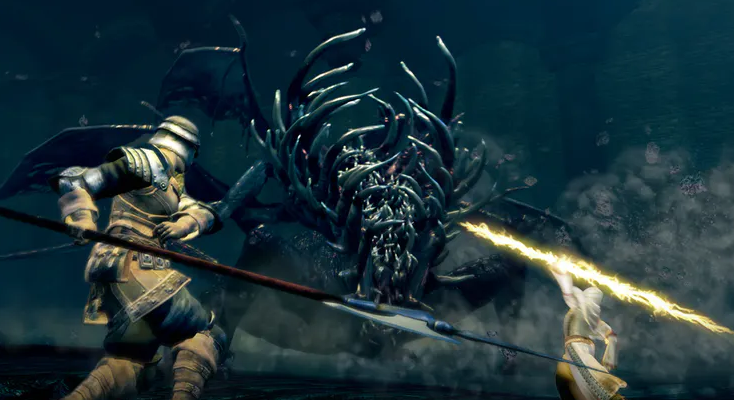 How Dark Souls Teaches You The Skills For a Creative Career

Over the past five and half years of my life, I have worked full time as a writer and podcaster. I write about video games, I tell stories via D&D, I do silly skits with my fiancee, and I spend all day trying to create things I can put out into the world. While working in a creative career is often hugely rewarding and enjoyable, there are also moments where it’s painfully hard work, a challenge not to be undertaken lightly.

In many ways, working a job in a creative field is like trying to be good at Dark Souls. In fact, if you’re considering trying to be a singer or painter or actor for a living, there might actually be some lessons Dark Souls can teach you, that’ll help you be better at your future career.

You’re going to suck at first

When I look back on the very first published articles I ever wrote, the vast majority of them were not good at all. Simple repetitive word choices, a lack of personality, over reliance on cliche’s, a critical eye which was too glowingly positive, and poor overall writing quality plagued my work when I was first starting out as a writer. I sucked, I really did.

The same goes for the first time I played through Dark Souls, I sucked at that too. It was so different to every other kind of action game I had played, in that it punished me for running in blindly and making careless moves. I couldn’t play it with the same power fantasy attitude I had approached other games with, and I absolutely got my ass handed to me. Rookie mistakes, countless failures, and very little progress being made.

When you suck at something, and it’s hard, it’s really easy to give up right then and there. Whether it’s Dark Souls, or making clay sculptures, you have to remember that everyone sucks the first time they try something new. It’s okay to suck at first, it doesn’t mean there’s not a chance for you to improve and suck less at it some day.

Every time you try, you will get a little better

Even when I’m having a bad run in Dark Souls, I make sure not to give up on a run until it’s actually over. Maybe I’m all out of Estus flasks two minutes into a run, and it’s clear I’m not going to make it to the boss this time, I keep trying, because I know ever second I keep playing, is a second I’ll be improving. Maybe I’ll get slightly better at my dodge timing, or find a slight shortcut, or get slightly better at managing my stamina. So long as I keep trying, I will keep improving.

The same goes for creative projects. Sure, that song you are making right now might suck, but stick with it, finish the song, have something complete at the end. Maybe every part of it will suck, but maybe you’ll find a riff you like that could work in a different track. Maybe you’ll finally get that tricky bit of guitar fingerwork nailed. Don’t give up because you’re struggling, push forward, and see if you learn something along the way.

Every attempt you make helps you grow a little more.

You learn more from your losses than your victories

Think back to fighting a boss in a Dark Souls game that you took down without any trouble. What did you learn in that fight? Maybe you tried a new technique and it worked first try, but largely you will have done skills you already know, with timings you knew how to handle, and you basically practiced what you already know how to do.

Now, think back to a Dark Souls boss you struggled with, or at least took a few attempts on. You likely learned how to handle it’s unique attack spacing, how to recognize its unique windows where it is safe to attack. You likely learned how greedy you could afford to be, how to read its attacks more effectively, and how to better keep an eye on your possible options.

Failures teach us our shortcomings, and force us to look at how we can do better next time. This is true in Dark Souls, as well as creative careers.

Struggling, and failing, teaches you what you are doing wrong, and how to do better, a highly valuable skill to practice.

You have to persevere, even when things feel hopeless

Sometimes, when working on a big creative project, like writing a book, it feels like you’re never going to get to the end, or you simply don’t have the talent to do it to the level of quality required. It can feel like you’re stuck, with no idea how to progress, and like you should just give up right now.

Much like in Dark Souls, if you ever feel this way, the only way forward is to persevere. Sure, you might have failed over, and over, and over, but that doesn’t mean the next attempt won’t be the one where it all clicks into place, and you finally make proper progress.

Whether it’s your inability to paint noses properly, or your 20th death to the same boss in a row, keep trying, persevere, because victory might be just around the corner. 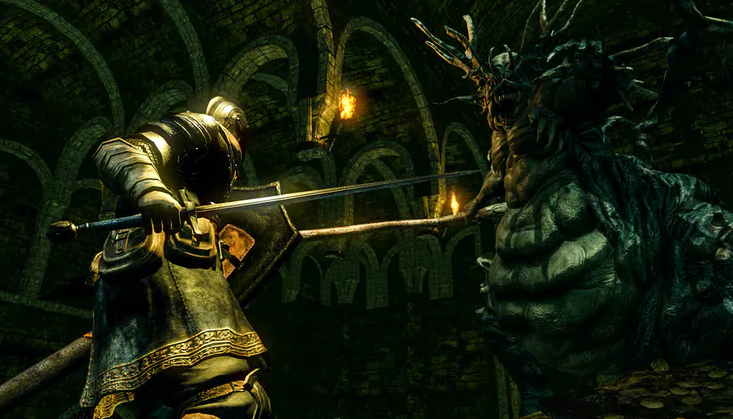 There will always be someone better than you

When I first started playing through Dark Souls, the one thing that scared me more than the game’s boss fights was the online players I could find myself facing in game. No matter how good I felt I was getting at the game, any time another player invaded my world they seemed to eclipse my skill by an unimaginable gulf. I constantly felt like I was terrible by comparison to others, and as a result felt like I wasn’t really good enough to be trying. Seeing how many people were far better than me was intimidating.

The same goes for creative work. When you’re starting out, there will always be someone more talented than you at some aspect of your creative pursuits, and that can be disheartening. It’s however important to remember that their victories don’t make your successes worse by comparison. Focus on how much better you are now than you once were. Focus on the fact that you’re achieving bigger and better things than you once did. Just because someone out there is better than you doesn’t mean you’re not doing amazingly. Don’t be discouraged.

When I think back on the creative projects that made me a better writer, they are always the projects I didn’t think i could possibly manage. The big risks, the steep hills to overcome, and the tasks that seemed most intimidating to start on are generally the ones I walked away from having learned the most. It’s the times I tried things I wasn’t sure how to do, took chances, and stretched myself to do better.

The same is true of playing Dark Souls. Sure, you could level grind against starting game enemies all day and eventually make progress, but in order to really make leaps and bounds forward and become better, you need to take on the challenging enemies, the towering bosses, and the fights that knock you down in a matter of seconds. Facing something hugely challenging, and succeeding, is how you make real progress.

Sometimes, you just need to walk away, catch your breath, and try again

Look, no matter how hard you try, sometimes a problem is just going to feel impossible right now. If you’re stuck on that boss, or unsure how much shading to add to your still life art piece, sometimes just walking away, having a breather, and coming back later is enough to help overcome the issue. A fresh perspective, getting away from your instinctual answers, and just resetting your way of thinking can help you find a creative method to stab a demon, or to mix colors in a new way.

And there you have it, the ways I think Dark Souls teaches players useful skills for creative careers. If you’ve got any more lessons I can learn from Dark Souls, let me know, because if I find enough examples of the game improving my workflow I can probably write off playing it on my taxes or something.