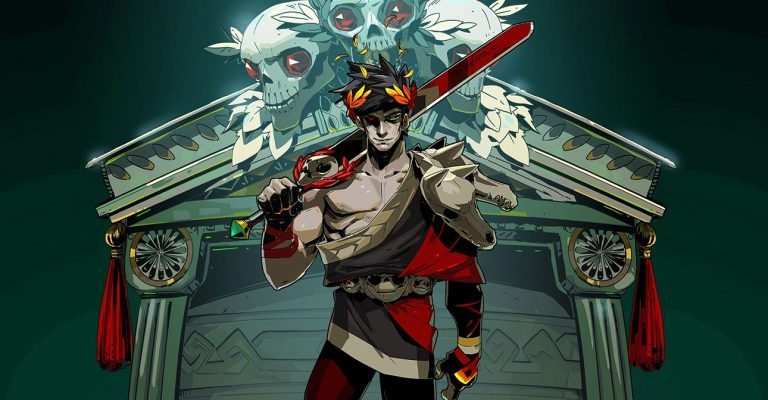 So, let’s just address the elephant in the room; 2020 has been a weird year for everyone, and it’s not going to stop being weird for a while yet. We’ve been in and out of lockdowns, people have been shuffled back and forth between physical and remote work, and any attempt to establish a new routine has been shaken up within a few weeks.

As someone on the autism spectrum, this has been a bit of a challenge for me to adapt to. The changes this year have often been small, but they’ve been frequent, and that’s tough to handle. I’ve spent the year basically consistently trying to adapt to the last change of routine as the next one is already looming.

2020 as a year is not going to be remembered as a year of predictability or routine. It’s a year where many of us have been separated physically from our friends and family. It’s a year where returning to the familiar seems like a distant memory. And, seeing as the world isn’t going to give me the stability I need, I’ve been trying my best to find it in video games.

Yep, when I look back at the games I have been most fixated with in 2020, they all seem to follow a theme. Games where I can do the same tasks day in and day out, with a set routine playing out in a predictable way. Games where I can take the same routes, collect the same items, and always end up back where I started. Games where I can feel a connection to those far away from me, and games where I can get lost for hours in the same handful of activities I know will come back around before too long has passed.

Like many, when lockdown first became a part of my life this year, I lost myself in Animal Crossing. Over 600 hours, and several months, Animal Crossing was my little daily escape, a place of orgaisation and control.

Every day I would log in, harvest fruit from the trees, strike all the rocks in town, dig up my fossils, chat to all my villagers, check the shops for new items, then finish up and get on with my day. Many evenings, I would log on, Skype call my friends, and potter around town with them. We would work together on gardening, show each other the changes we’d made to town layouts, watch for shooting stars, and share ideas about potential ways out town could improve.

I opened up a little community garden, so strangers could visit my town, take something they wanted, and leave something behind they didn’t need. The garden overflowed with donations. I met so many people. I felt a little less detached from the world around me.

Then came Fall Guys, a game of chaos and mayhem, but none the less a source of predictability. The Takeshi’s Castle inspired battle royale game launched with a small enough handful of stages that while the game never felt lacking in content, every piece of content it provided also felt familiar whenever it popped up.

Fall Guys is a game where most of the time you’re not going to win, and that’s okay. Just like everyone else, you’re just stumbling around, trying to get by, trying to make sense of all the chaos around you. If things go badly, it’s okay, just start back at the beginning again, and try some more.

I’ve never been much of a person for online multiplayer games or battle royale experiences, but this year in particular I’ve been a bit more drawn to them. Maybe it’s the knowledge that there’s other players on the other side of the screen. Maybe it’s the sense of unity when you fail with others by your side.

Whatever it was, something about Fall Guys repetitive simple gaming loop really hooked me in this year in particular. I even played enough of it to complete the season pass for the game’s first season. I NEVER play battle royale games to that extent.

Then followed Hades, a game that feels almost tailor made to be played in 2020 specifically, and my newest gaming obsession.

Hades is a rouguelike, but one with a strong ability to control the kinds of upgrades and movesets you’ll use throughout its randomised adventure. Base weapons are chosen before the run starts so you can always use that weapon you like, rooms of enemies are consistent in their designs, but remixed in the order you’ll approach them, you can expend resources to ensure you’ll get the upgrade types you like, and if you fail, you know the next run will be at least somewhat familiar if you’d like it to be.

Mechanically, Hades is purpose built to allow for predictable and replicatable runs through its levels if you’d like, with changes between sucessful runs in the control of the player. If the difficulty is going to increase, I get to decide up front in which ways, and change my mind if I don’t enjoy a change after I try it. If you just want to play the same challenge on new difficulties for a while, Hades is great for that. However, perhaps the reason it best resonated with me this year is due to its narrative themes.

So much of the plot in Hades is about returning to familiar spaces, and finding new things in places you thought you new throughout. From each death bringing you back to Hades, where new conversations with your friends and family await, to passing the same bosses in the same order, to reaching the surface only to get pulled back to the start, you always know where you are going, where things will end, and where you will return to. It’s a game that’s inherently cyclical, and that’s something I really needed this year.

Much like I always know there’s going to be one money rock, and one glowing money hole, and four fossils every day in Animal crossing, knowing what my daily Hades routine will be has been a real source of predictable enjoyment in a year where very little has been predictable.

And lastly, in between all the above games, I keep returning to shiny hunting in Pokémon Sword and Shield, an activity I’ve apparently put over 1,000 hours into in the past 12 months alone. it’s probably the purest distillation of how I’ve engaged with gaming this year.

Fight the same Pokémon hundreds of times, again and again, until one of them is a different colour to usual. Set up a breeding pair in the daycare, then every time an egg hatches, pick up a new egg from the daycare attendant and keep hatching. Run around in circles doing the same thing for hours, knowing eventually there will be a payoff, but until then, simply getting lost in pure repetition.