Over the years that I have spent writing about games, I have always had a bit of morbid fascination for the games put out into the world by Focus Home Interactive. A publishing studio based in Paris, their output is a mix of niche titles, games straddling the line between high budget indie and low budget studio project, and games with promising premises but slightly janky executions. They put out games like Farming Simulator, Vampyr, A Plague Tale: Innocence, and 2017’s The Surge.

The surge was one of those Focus games that sounded great on paper, but just didn’t quite land its execution. Very much following the SoulsBourne formula, the game basically set itself apart by the inclusion of large metal exosuits. You can equip your character with big mechanical components, and by finishing enemies off with special moves you could cut off specific limbs to craft their components. The idea was solid, but when the unavoidable Dark Souls comparisons began, it didn’t stack up well to that direct comparison. 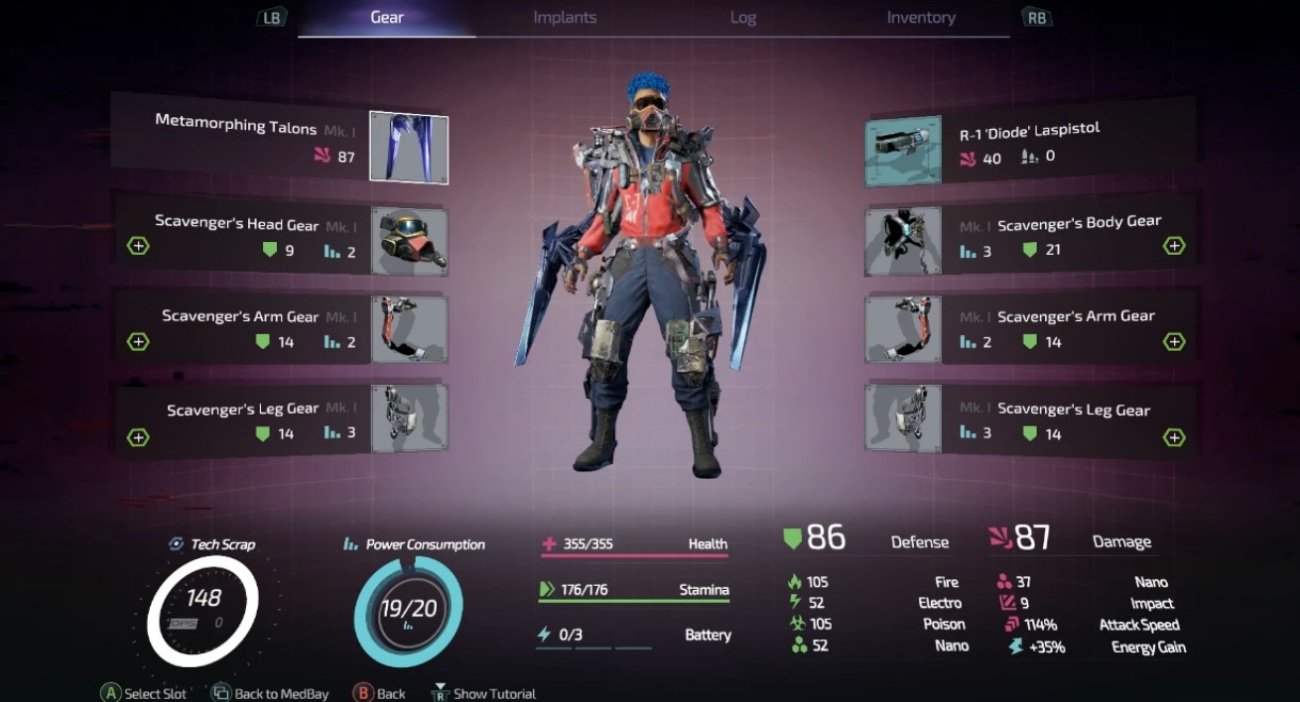 The game’s largely humanoid enemies, as well as the main character, were all pretty uniform in their appearance. While you could customise your character’s gear, all the varied components felt very much like they came from uniform sets, and made everything blend together a little. The same goes for the environments, which were largely metal building site mazes that varied very little as you progressed. Movement felt sluggish, limb targeting was awkward, and the game sort of just ended up feeling like an offbrand knockoff rather than shining on its own merits.

While I never expected The Surge to get a sequel, I jumped at the chance to try a pretty hefty four hour long demo build when offered this week. I loved the concepts in the original game, and for a publisher to offer such a large preview build with no streaming or footage restrictions is usually a good sign they’re confident in the quality of what they’ve made. After spending an afternoon engrossed in the game, I can’t deny I think their confidence was well placed.

Starting from the beginning, The Surge 2 now allows you to customise your player character, both in appearance and basic backstory. My player character was a woman with blue hair and a biker jacket that looked ripped directly out of Akira. She ran around mainly wielding a weapon that looked like a cyberpunk keyblade, and I pretty instantly fell in love with her.

Basic combat in The Surge 2 feels considerably better than that of the first game, with attack animations starting more quickly, hits feeling more weighty, and dodges more quick to take effect. In terms of early visual design, The Surge 2 seems to have taken the focus off clunky large slow exosuits and instead gone for more lightweight and stylish exoskelletons. The increase in combat speed and fluidity feels natural with the in universe streamlining of tech, and at a core level this just feels a lot more fun to play.

The Surge 2 also makes some interesting changes, which help to set it apart from the Souls games it is so often compared to, and in large part in relation to how healing is handled. In The Surge 2, if you reach one of those barriers that marks the entrance to a boss room, the barrier will heal you as you pass through it. This means that even if you take damage on the run to a boss room, you can always take the boss on from a starting position of full health. Additionally, once you get a little way into the game, successfully landed attacks allow players to spend a meter to heal themselves. This same meter is used to slice off limbs to get cool items, but it gives a good sense of risk / reward to the choice between a heal and extra loot upon a kill. 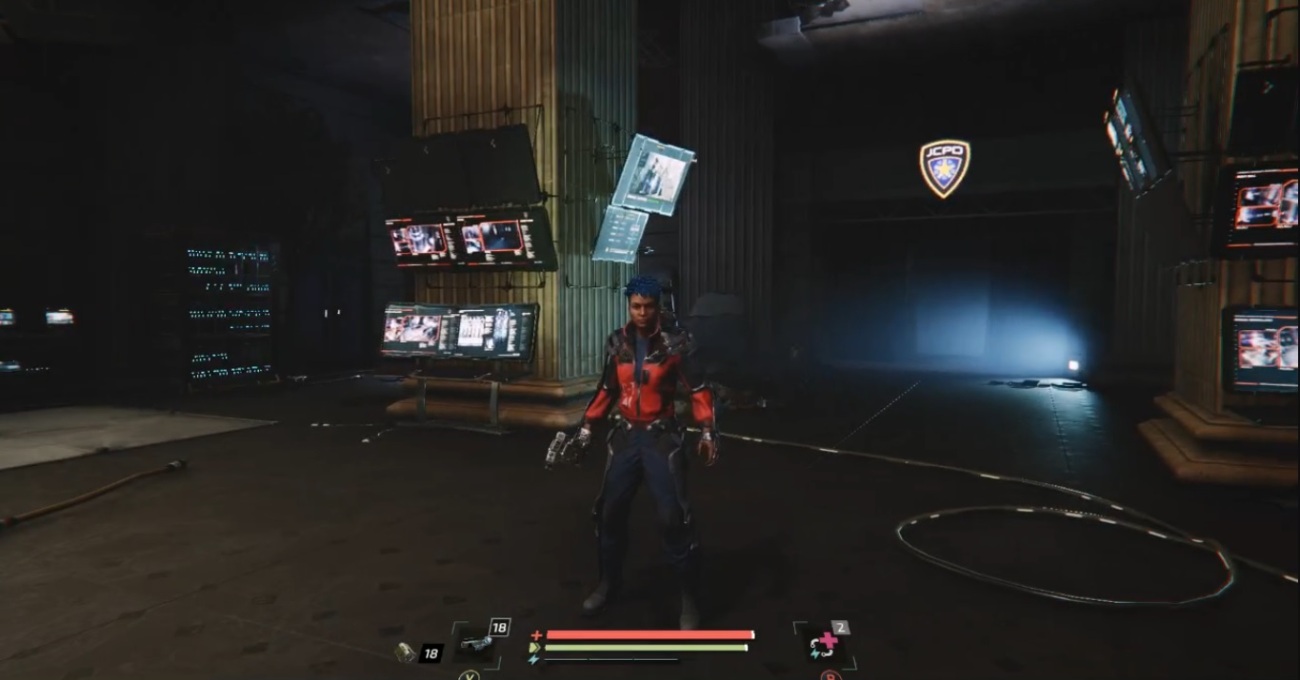 However, the most mechanically interesting heal implementation in the demo was the way that dropped scrap, or in Dark Souls terms your dropped souls from a death, was handled. When players respawn, they will have a short timer (usually around 2-3 minutes), to get back to their scrap and reclaim it. However, and this is particularly useful in tough encounter areas such as boss fights, you don’t have to pick up your dropped scrap straight away upon reaching it. If you stand near your dropped scrap, there’s a small area in which it will slowly regenerate your health over time automatically. This leads to situations where you might want to not pick up your dropped scrap in a boss fight, relying on the free healing, but risking either dying before collecting it, or not picking it up before the timer runs out. Picking the scrap back up is a one time free full heal, but the allure of an additional area of healing over time can be tough to ignore.

I spent multiple hours today exploring the game’s very first open world area, and found a huge amount to do, from crafting a full armour set which would grant health regeneration every time I sliced off a limb, to grabbing myself a huge flame spewing arm gauntlet and opening up a secret shortcut. The game’s first area is not only content dense, but more varied in location time, environment layout, and colour palette than the original Surge.

While I found at least six weapon types in the opening area with distinct movesets, I also found weapons that have primarily cosmetic or statistical differences too. Each weapon type had enough variance in damage, range, hitbox, and status effects that it felt easy to see the difference in fighting styles, and because you’re up against enemies using these weapons against you it’s easy to tell what makes a weapon tick before you earn it yourself. You also have access to a drone for distanced takedowns, but it doesn’t remove limbs, so it’s not useful if you’re aiming to claim new limb loot.

The demo was not perfect, twice today I’ve experienced major shader bugs where the whole screen before glitches rainbow static, and occasionally sprinting or healing will just not work how it feels it should, but largely this is one of the more polished Focus Home Interactive games out there.

I did have one other concern, and maybe I am just reading too much into this, but the horribly infection and fatal virus that the government needs to stamp out is the A.I.D. virus, and when playing this on Twitch I was not the only person who momentarily double took at that particular naming idea. Maybe it’s coincidental, but it’s a poor choice of word to pair with a virus due to aural similarity to a real world illness.

I know this is far from the full game, which releases in mid September 2019, but what I played today was incredibly promising. While I struggled to stick with The Surge to see its conclusion, I am already in love with my techno keyblade wielding biker chic, and I can’t wait to see whose head she chops off next. I walked away craving more, which is a very good sign.