Platinum Games make undeniably fantastic character action video games. Sure, their games are often pretty weak in the narrative department, with convoluted and ill explained plots that don’t really go anywhere meaningful, but they consistently nail varied complex and rewarding gameplay systems that are equal parts flashy and built for growth. If you want a bunch of cool visual spectacle and ludicrous over the top scenarios, in a game where button mashing will get you to the end of a dramatic escalating story, but efficient play is rewarded with bigger cool combos and rankings for how well you did, Platinum Games really does have a firm grip on the market.

Platinum Games latest release, the Switch exclusive Astral Chain, very much follows this format. You can read my full review here, but the main crux is that it’s a game about controlling two characters at once tethered by a chain, a cop and a ghostly slave robot. Your chain has in battle effects, your captured ghosts act like Pokémon with strengths and weaknesses, and you have to balance autoattacks, combos, and special attacks to suceed in battle. It’s a great game to play, even if it leaves a bunch of quystions infuriatingly unanswered.

However, one of the most interesting little changes seen in Astral Chain compared to other Platinum games is the changes made to the ranking system, and more specifically how much easier it is on standard difficulty to attain S or S+ ranks in combat.

So, here’s a simplified explaination of how most Platinum games ranking systems work. Players are given a letter grade, largely based on factors like how fast you dispatch enemies, how little damage you take, and how varied your moves used were. If you do lots of cool combos, don’t repeat yourself too much, avoid getting hit, beat the enemy fast, and don’t use any healing items, you’ll get a decent grade. Anything you fail to achieve will bring your score down.

Astral Chain’s ranking system is actually a lot more forgiving, at least in standard difficulty, because it doesn’t punish your failures, only rewards your sucesses. The game doesn’t make health lost or items used in combat a major factor in your ranking, which for me actually had a really positive effect on my long term engagement with the game.

In Astral Chain, all you really need to do to get an S+ rank is beat an enemy quickly, using lots of cool flashy moves. Most of these moves, when pulled off correctly, trigger a dramatic camera movement to show they were used correctly, and most of them show a flash before they need to be activated requiring one well timed press. Pulling off the cool powerful stuff is easier, and better signposted, but more importantly has an instant effect on your rankings that encourages that behaviour being repeated.

Put simply, in the early missions of Astral Chain, I was getting primarily D ranks in most missions, because I wasn’t using perfect calls, sync attacks, or switching my legions out throughout the fight. As soon as I started focusing on these aspects of combat, my rankings shot up dramatically. Instantly I knew I was playing the game better, learning good habits, and should keep up what I was doing. The ranking system worked less as a granular score for how I had done, and more as a binary sign of if a new technique I was trying in combat was working properly yet as intended. 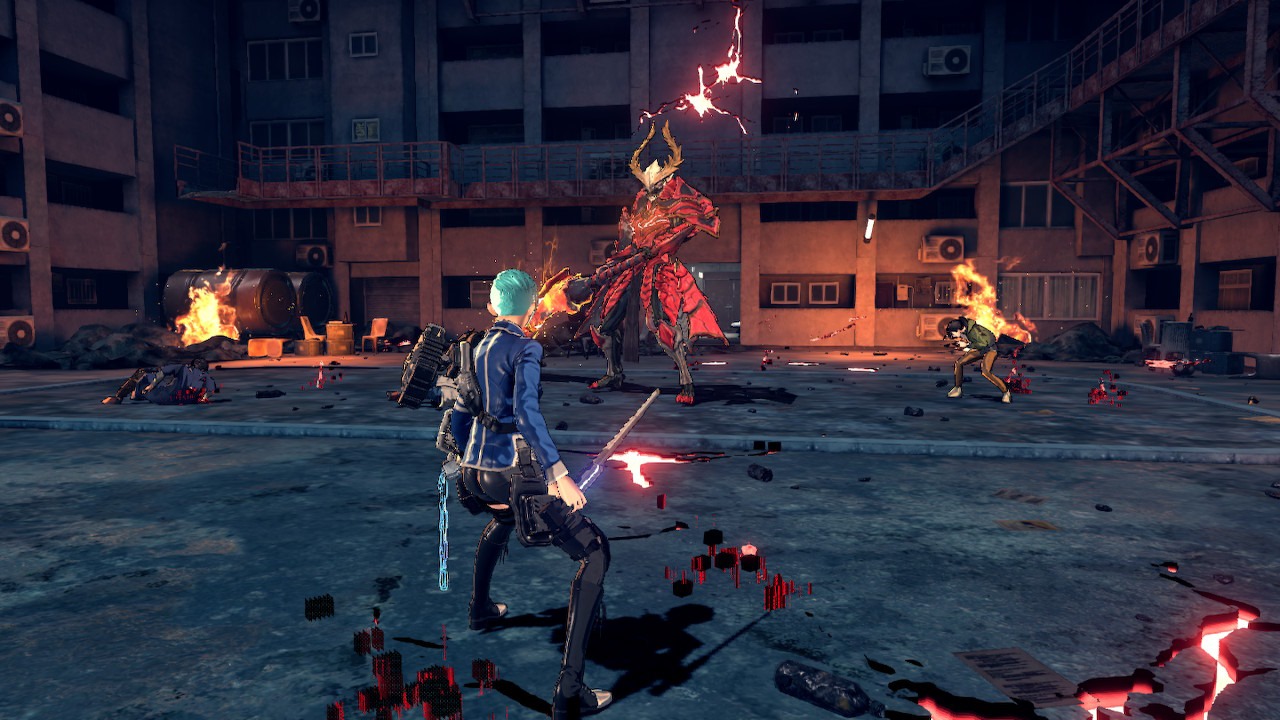 By not punishing health loss and healing item usage, I was less afraid than normal to experiment with my moveset and try new things, which when paired with the positive feedback of ranking rewarding the moves you should be using, I found myself playing a Platinum game a lot more seriously than I otherwise might have.

I’m pretty deep into Astral Chain at this point, I have S+ rankings on all of the main story missions on standard, have completed 75% of the post game challenge missions on standard, and started replaying the game on Platinum difficulty, something I never usually do with Platinum games. By not punishing me for taking damage, and rewarding me notably when I do the moves the game thinks are best, I learned to play this game more effectively than most Platinum games, and actually stuck with it when the going got really tough.

Yeah it’s easier to get an S+ rank in Astral Chain, but I’m actually a fan of that change. It has weirdly made me better at the game.