Temtem is Really Fun, But I Found a Shiny Creature and Oops I Had to Stop Playing

Ever since I was a child, the Pokémon series of games have been a huge part of my life. As a kid, obsessively memorizing stats while the franchise was super popular helped me to make friends, giving me a safety topic to fall back on. When Pokémon Go came out, it helped me bond with my mother over a childhood obsession. Over the past couple of years, I’ve fallen really far down the rabbit hole of Shiny Hunting, throwing hundreds of hours at finding functionally identically but slightly different color rare variants of every creature in the game. The Pokémon franchise has been a lot of things to me at a lot of different points in time, in large part because the formula of collecting all of the possible creatures in a finite list is a really relaxing and rewarding task for my brain and its obsessive autism looping compulsions.

Over the past couple of weeks, I’ve been putting some hours into playing Temtem, a new monster collecting game which has managed to capture some of that Pokémon excitement in the way very few Pokémon inspired games manage. Currently in early access on PC, with console releases coming next year, the game’s selling point is essentially that it unapologetically mimics the Pokémon playbook, makes a few core changes, adds in better online co-op functionality, and is available on places other than Nintendo consoles. In that regard, Temtem is undoubtedly successful in its aims.

Let’s start with what’s the same. Temtem is a creature collecting top down RPG where you pick from three starting creatures that form a rock paper scissors style type advantage triangle. You go off into the world with the aim of catching a bunch of creatures (Around 60 at early access launch, but 150 ish at full release), by walking around in grass until random battles begin. Weaken a creature enough, throw an object at it, capture a digital version of it to unleash in fights. Trainers wield teams of six creatures, each of which can known up to four moves at a time, and can breed to get duplicates of species they already own, but with better stats and moves. There are eight gyms to defeat, a team rocket style evil team to thwart, an antagonistic rival, and most of the creature element types are just the Pokémon elemental types renamed something slightly different. Poison Pokémon are Toxic Temtem, Normal Pokémon are Neutral Temtem, you get the idea.

It’s not necessarily to Temtem’s detriment that it mimics the Pokémon formula so closely, if it isn’t broken don’t mess with it. However, what makes Temtem most interesting is the areas where it does take risks and try new things.

If you’ve seen any buzz about Temtem, it’s likely the fact many outlets have described it as a Pokémon MMO. I don’t think that description is entirely accurate, this isn’t really a game about areas filled with active NPCs to interact with in real time, but some changes have been made to the Pokémon formula explicitly to encourage online play with friends, and i think those changes are largely for the better.

In Temtem, all battles in the game are Double Battles, a mode available in Pokémon but certainly not the default. Every time you fight another in game trainer, you each send out two creatures at a time, allowing for support attacks, or greater strategy about who to attack with at any time.What this means for online play is that if you invite a friend to play through the story in co-op, you can each send out one Pokémon, against your enemy’s two, keeping the fight a fair two on two balanced fight. Co-op play doesn’t rebalance your creature levels, so you’ll want to be a similar distance into the game as your friend to co-op, but it does mean you can play through the whole story in co-op without breaking the game’s intended difficulty curve, something not achieved successfully with past attempts by Pokémon to introduce co-op into titles like Let’s Go Pikachu and Eevee.

The other notable change to the formula that i also quite enjoy is the change from Pokémon, where each of a Pokémon’s moves have a set number of uses, to Temtem, where a creature has a set size stamina bar which doesn’t refill until a battle is over. 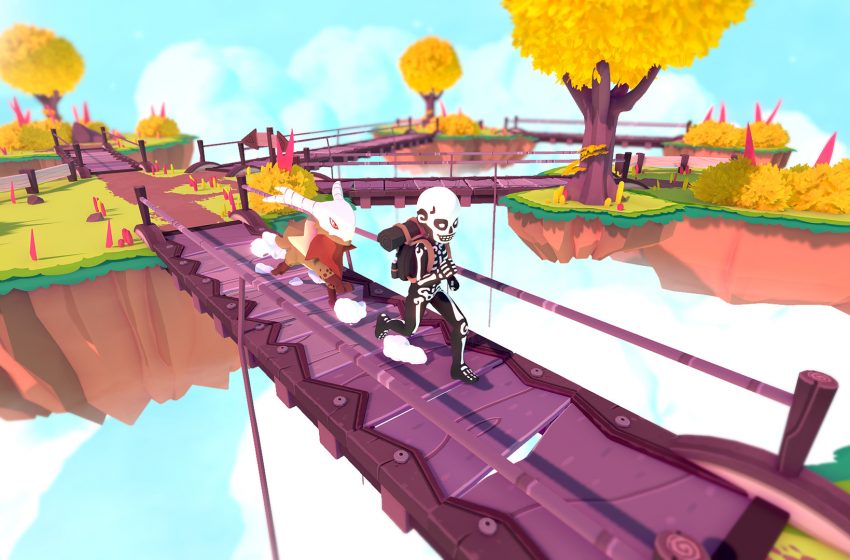 Put simply, in Temtem, every move your creatures can use in battle takes up a certain amount of their stamina, with big attacks taking up more of the bar than weaker attacks. When the stamina bar runs out, you can still attack, but you’ll injure yourself in the process, similar to Struggle in Pokémon. The stamina bar is a lot less generous than Pokémon’s PP system, but it refills after every battle automatically, instead changing attack management from a long term marathon, to a shorter term sprint. If your creature runs out of stamina, you’re going to realistically need to switch it out for another member of your team, and that kind of feels like the point to how the stamina system is paced. You’re forced to switch between party members far more often, rather than simply relying on one strong creature to carry your team, which is a cool way to shake up the ebb and flow of battles.

As much as I have been really enjoying Temtem, I have actually had to stop myself playing the game recently, not because of anything inherently wrong with it, but due to my own limitations as someone playing games.

As mentioned up the start of this article, I am a person diagnosed on the autism spectrum, and Pokémon shiny hunting has become as of late an obsessive task i use to calm down. The amount I shiny hunt is under control, it’s not occurring at the expense of quality time with my partners, or impacting my work, sleep, or social schedules, but I am walking a fine line. I am aware of my tendancy to let obsessive interests consume my time and energy, and I have to keep sensible limits on when and how ~I engage with those things.

So, why did I have to stop playing Temtem? Because Temtem has an equivalent to Shiny Pokémon, Luma Temtem, and I accidentally found one while playing. So, let’s talk a little bit about how Shiny Pokémon and Luma Temtem are found compared to each other, and how those differences impact my style of play.

When running around in Pokémon Sword and Shield, encountering overworld visible creatures, your odds of finding a Shiny creature start at around 1/4000. In Temtem, your odds of finding a Luma Temtem start at 1/6000. In Pokémon you can collect items like the Shiny Charm to permanently increase your shiny spawn odds, or knock out lots of the same species of creature, to bring your odds of a wild shiny spawn down to around 1/500. There is no way to increase the spawn odds of a wild Luma Temtem.

Beyond that, Temtem is a PC game, a platform I tend to play in my work office, shut away from the rest of my house. Where Pokémon is a portable game, able to be socially played on the sofa while watching TV after diner, any time hunting in Temtem is likely to be a far more antisocial activity for me, which I know isn’t healthy for me personally.

Beyond that, Pokémon Sword and Shield have developed some really active shiny hunting communities, aided by the fact that online raid battles have allowed trainers who do find a shiny Pokémon to share that luck with others. By saving before raid dens, players who find a shiny can invite their friends to fight it, reset the game a few times until everyone has enough, before catching it themselves properly. Temtem features no way to share Luma finds with others, and has a much smaller trading community to help players fill gaps by trading duplicates. 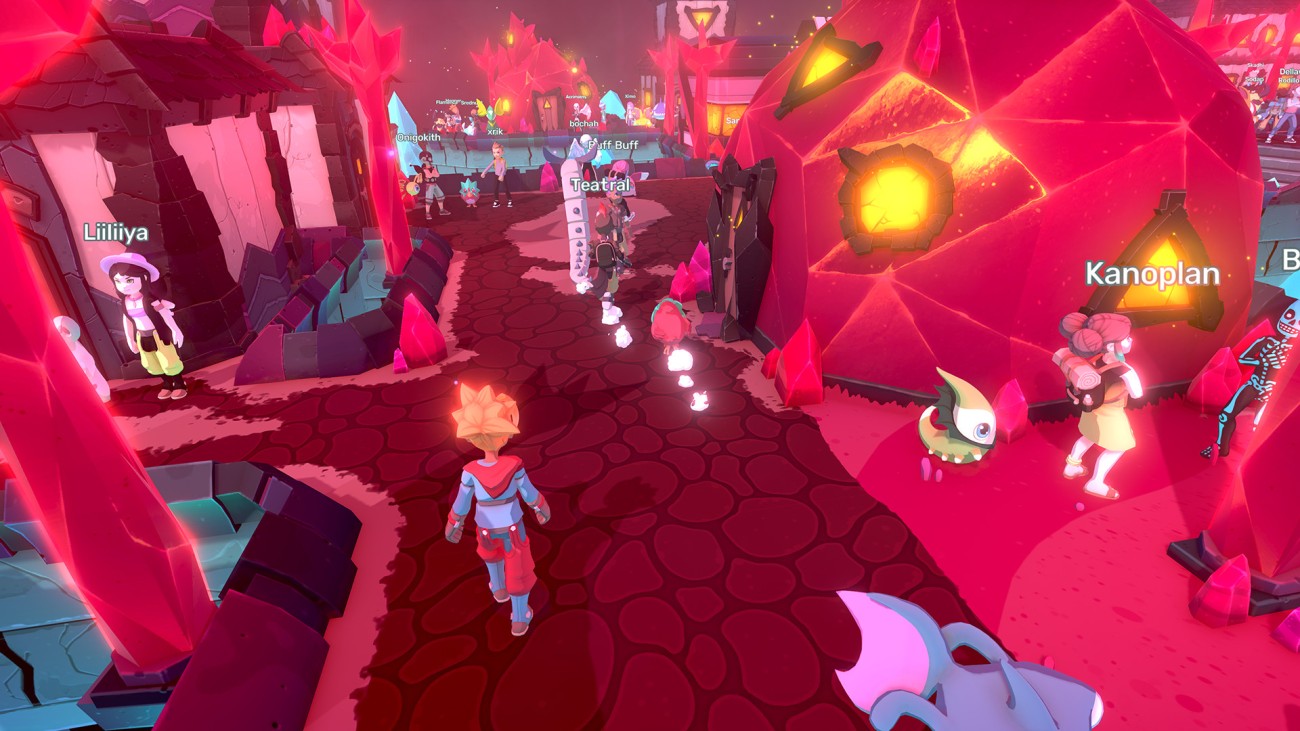 The one area where Luma Hunting can be faster than Shiny hunting is in that if you do manage to find a Luma Temtem, and then use it for breeding, your Luma odds do go a LOT higher. Breeding a Luma and non Luma together will bring your shiny odds down to 1/600, in line with your shiny odds breeding two different language Pokémon with a Shiny Charm. However, if you get two Luma Temtem, breeding them will give you 1/60 Luma odds, far better than any odds seen in Pokémon.

However, that increased breeding rate, and the smaller full collection size to aim for, are not enough for me to feel comfortable trying to hunt Luma Temtem. I know myself, and I know that now I have one, I’ll want them all, and hunting for them all would likely cause me personally to become socially withdrawn, and neglect important areas of my life.

Maybe next year, when the game comes to Switch, if I have finished collecting my full living Shiny Dex in Pokémon, I might come back to playing. If I can play Temtem in my living room comfortably, and come back to it when my primary shiny quest is out the way, I could see myself having more fun with this Pokémon competitor. However, I know myself, and just like when a single Shiny Zubat sent me shiny Pokémon hunting, if I keep playing Temtem now I have a Luma in my collection, I’m afraid it won’t be particularly healthy for me.